Today’s question is not exclusive toÂ  digital scrapbooking, it is a challenge for any family’s memory keeper. How do you organize photo and scrapbook albums? 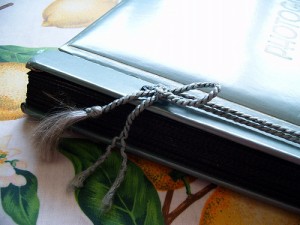 When I started digital scrapbooking, I completed a set of ~20 layouts capturing highlights of 2008. I printed 12×12 and plopped them into a Pioneer Snapload album. Little did I know that I would soon be a photographing and scrapping mad woman!

Now, with a truckload of DSLR photos and a backlog of layouts to print, I’ve realized I need to

I expect I’m not alone in this boat of questions and quandaries. So today, let’s talk album strategy.

Spill the beans and let those of us flopping around in the desert in on your secrets!