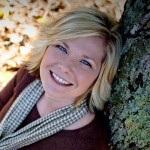 Holly Blackwell is joining us this week for a three part series on her photo organization system. Holly is a wife, mom, and step-mom living in South Carolina. You can find Holly online at chronicles of a southern scrapper. 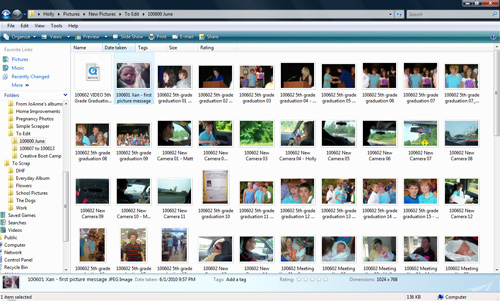 Not everyone finds this step important, but Iâ€™m a stickler for re-naming all of my photo files. Letâ€™s just consider it an occupational hazard of my Type-A personality! The format I use is: YYMMDD Event Name ## – More Detail.
Here are a couple of examples: 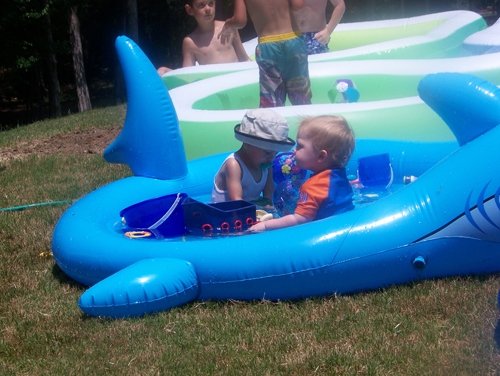 This means the photo was taken on June 13, 2010 when Coleman was playing in the kiddie pool. Itâ€™s the 7th photo of the sequence (that I decided to keep) and his friend, McCrea is also in the photo. If only Coleman were in the photo, I wouldnâ€™t have bothered with the â€œmore detailâ€ portion. 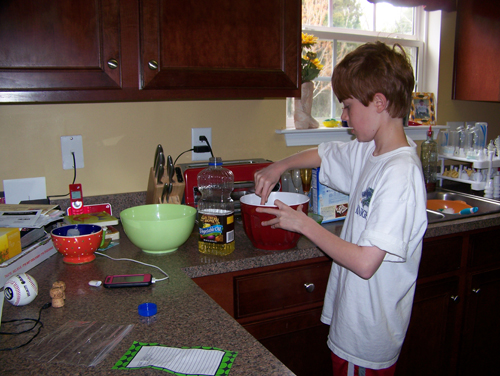 This photo was taken on March 28, 2010 while Spencer was making brownies for a school project. Itâ€™s the 3rd photo in the sequence. Because the basic naming of the photo â€œSpencer baking browniesâ€ covers all of the necessary information, there is no â€œmore detailâ€.

I, personally, have fallen in love with the tagging process. Itâ€™s hard to believe that a few short years ago, I did not use this feature. I began doing my tagging in the basic Windows form, but have recently converted to using Photoshop Elements 7. It doesnâ€™t matter how you tag, or what program you use, but I highly recommend doing it! As your photo library grows and grows, this will make it so much easier to find photos.

As you are developing a tagging system, I recommend really thinking about what keywords are important to you. When you need photos, how do you typically look for them? What keywords would assist in that process? I always tag people, usually the place, and most of the time, something that covers the â€œwhatâ€ of the photo. Letâ€™s look at the same pictures again. 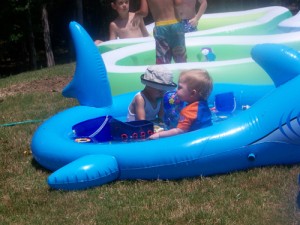 This photo was tagged with the names Coleman and McCrea. For the where, it is tagged with backyard. Then to cover the what, Iâ€™d also add pool. Seasonal tagging is very popular, so summer would be appropriate as well. 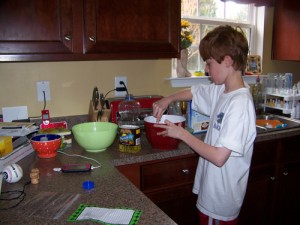 This photo was tagged with the name Spencer. Since this is in our home, I actually didnâ€™t tag a place (though there is no reason why you couldnâ€™t have a keyword for home). I tagged this as both food and school because he was baking the brownies for a school project. 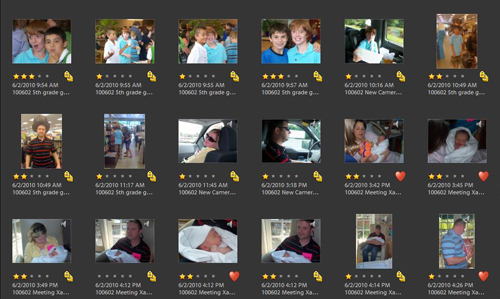 Taking it to the next step is rating your photos. This is something I only recently began doing, but truly believe itâ€™s a valuable step and can be done very quickly in some programs (again, I use PSE7). The number of stars assigned to each photo help weed out the fantastic, from the good, from the not-so-good.

By day Holly Blackwell is a Business Analyst, and by night she is a crafter and scrapbooker (both paper and digital). She also enjoys reading, writing, volunteering and making sure she has too many projects on her plate!

Don’t forget to subscribe to Simple Scrapper’s daily posts by RSS or email (in the sidebar) so that you don’t miss tomorrow’s installment from Holly!