Start With Five to Get More Done 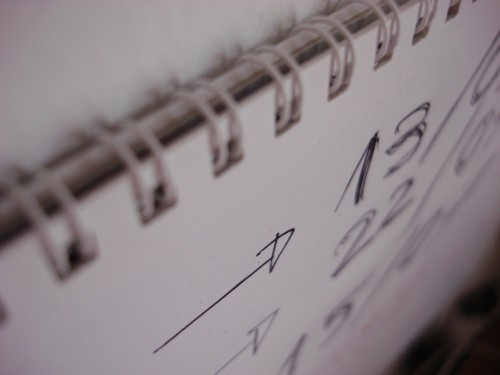 I love lists. In fact, I pretty much run my life by lists. I have a notebook full of lists: to do lists, shopping lists, lists of upcoming lessons. For me, lists are the best tool I have in keeping my life organized and productive. The thing is though, sometimes, these lists can be totally overwhelming. Sitting down to look at a list of things to do that is one or two pages long is a surefire way to kill all hopes of productivity. I had to find a better way.

That’s when I started working with five. Every night, I would look at my to do list, and on a Post It I would write down five things I wanted to accomplish on the following day. They could be things that I needed to do, or just things that I wanted to get done. The most important thing was that there was only five things on the list. Five things would be manageable; I knew that I could get five things done.

So the next day, I would take out the Post It and get started. Those five things would be the first things I would work on for the day. Starting with the first thing on the list, I would work through the projects, marking them off as I completed them. When I checked something off it really made it seem like I was making good progress. Having successes like that motivated me to keep working and get more done.

Starting with five things on my list was a success. I was working through my long to do lists five items at a time. Everyday I would focus on completing the five tasks I had assigned myself the night before. If I finished with time to spare in the day, I would go back to my list and pick a few tasks off it and work on them. Some days, I would get more than the five done, other days it would just be the five. I would always work to get the five tasks on my Post It done by the end of the day. I could finally get through my to do list without feeling too overwhelmed to start.

I’ve been using this system for about three months now, and I can say that it is by far the most effective time management strategy I’ve employed in a long time. By using the lists of five tasks, I have seen my productivity increase exponentially.

Is your to-do list overwhelming you? Share your current task management strategy and changes you’re considering for 2012.