This is a guest post from team member Arielle Gordon.

This month’s Story Starters have been very exciting for me as they have directed my thoughts back to my childhood, which I have never really scrapped.

I grew up in small towns throughout the south, too many to count, as my father took jobs to advance his career. (He is probably my best and most cherished hero/role model… but that story isn’t yet ready to be told!) Growing up my heroes and role models consisted mainly of characters and personalities from the culture, since those could move with me.

I was never much of a girly-girl, but in 1980 at the urging of my fellow Brownie Scouts, I entered the Little Miss Troy Pageant. There are two things I remember from that event, making the top 10 and shaming another girl when she stood in ‘my’ spot on stage, and telling the crowd my answer to the question: “Who is your hero?” 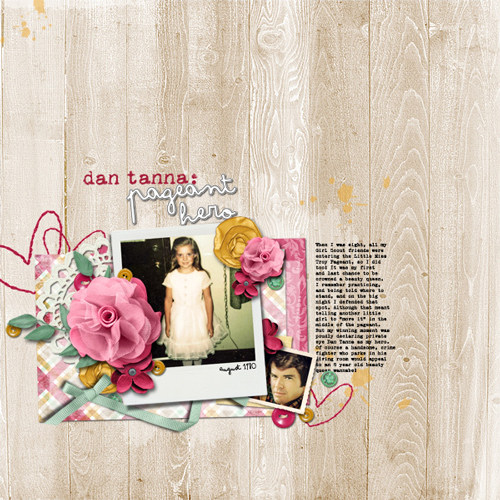 More thoughts regarding heroes brought me to high school. Still in a small town, my heroes were icons in the art, music and literature I submerged myself in. But looking back, I realize more now than at that time, they really were my role models. I emulated them and in doing so they helped shape my personality.

My children are young, but one day I want them to know who I was as a teen. (Without revealing too much!) They will have their own icons, but I felt it important in a historical vein to document mine. This also serves to remind myself that just as my role models probably underwhelmed and potentially aggravated my mother, my kids choices in their role models will be their own. Who knows… by sharing this story, maybe the kiddos will Google some of my role models and ‘discover’ a different side of me. 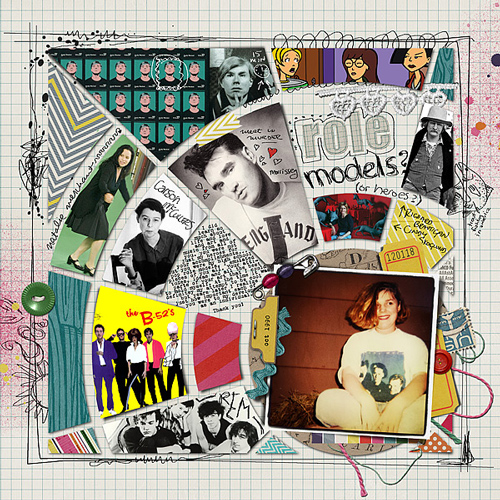 Who are your heroes? How do they influence your storytelling and memory keeping? Please let us know in the comments!