December with BasicGrey: Getting Ready to Scrapbook

How many of you have tried doing a December Daily past years? I sure have… I had so many plans two years ago; I made everything from scratch. It was the year before trying (and failing) Project Life; I was gearing up, thinking this was for me.

Yesterday, Jennifer wrote about making holiday scrapping work for you, and so I have applied parts of it preparing for this year’s December. It will not be a December Daily, but it will be a little something that works for me. Her last point really struck a chord in me:

Step 4. Commit and simplify. Once you’ve narrowed down your options to your best choice, make the commitment. Share your plan in public and set yourself up for success. Also, keep an eye on not making it any more complicated than needed.

A couple of weeks ago I was lucky enough to receive a Capture album from Basic Grey along with some 25th & Pine goodies. This weekend I got the album started. I found it difficult to create a complete album sans photos, so I stuck with what I could do; look everything over, do the cover, some pages and generally think through what I wanted for my album. 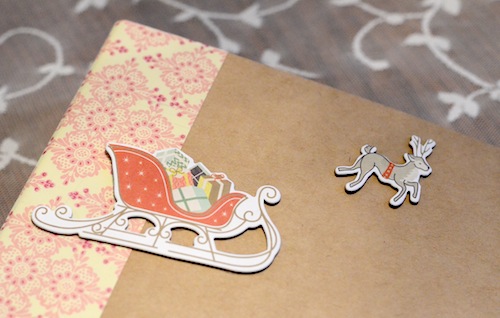 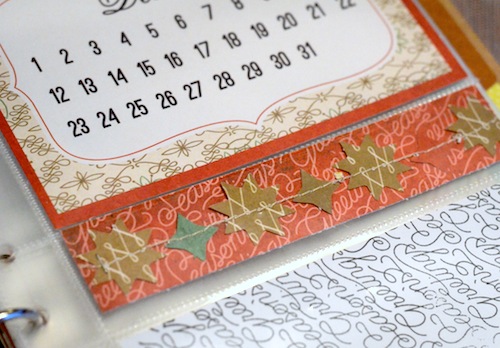 I like things to be simple. Yet, I want it to sparkle! I’m probably very late to the party, but I do like the confetti trend. Having never applied it, I thought this would be a good chance to do so – only, I want to use sequins! I also want to do more layers than I usually do. Here are some preview photos for you. 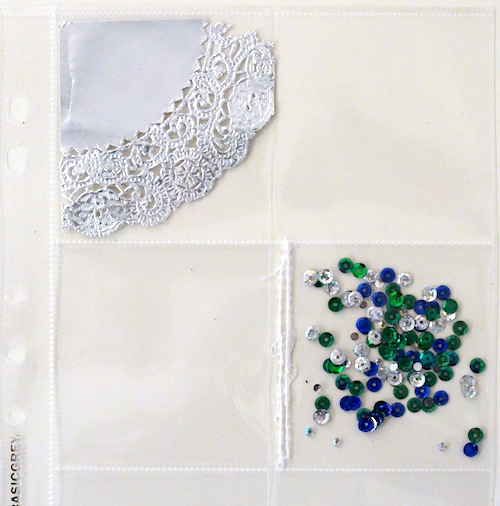 For these photo pockets, I cut down a silver foil doily to make it fit into the pocket and put several sequins of different greens, silvers and blues in the other. I then used my sewing machine to sew the pocket closed. The plan is for these sequins to serve as a filler-layer on top of a photo.

Speaking of photos, I am thinking of doing mainly black and white photos this year. It really helps with the editing of the photos and, not to mention, making it work with the different color palettes.

I hope you will follow me through December as I start to really assemble the album and then see the finished album in January.

Editor’s Note: Have you tried the new Capture system from BasicGrey yet?