I just love the Ouchies & Ickies collab Suzy did with Jady Day Studio:

Did you know you can find SuzyQ Scraps all across the internet?

And today, you can find SuzyQ Scraps here at Simple Scrapper giving away Especially for You: {Made to Order}: 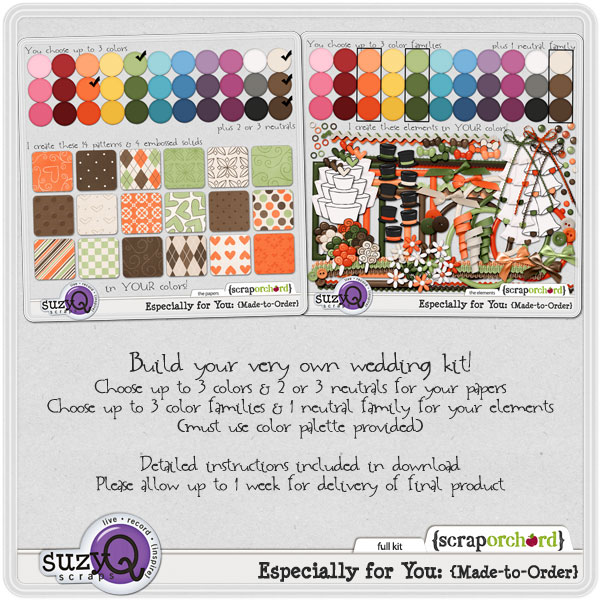 This is such a hugely clever idea for a wedding kit. Suzy has got a standard set of elements and papers all ready to go. She will customize the entire kit to YOUR wedding colors. What’s not to love about this??

As a special bonus to you, Suzy is also giving away an Especially for You add-on bundle in Silver or Gold: 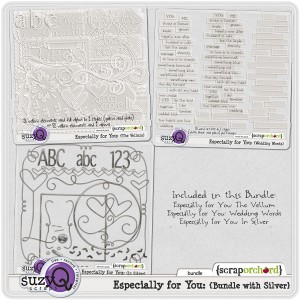 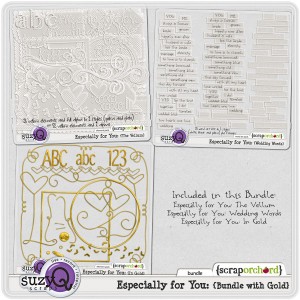 Are you ready to win?