This month, I endeavored to create hybrid Valentine’s Day cards using a minimum of supplies. Hybrid card making combines traditional products with digital ones. The extent to which one does so is entirely at the crafter’s discretion.

Why did I choose to restrict supplies? If I’m a digital scrapper who wants to dip my toes into hybrid for a product where digital output wouldn’t suffice, as would be the case with a card, then I wouldn’t want to acquire and store a multitude of tools in order to achieve my desired goal. 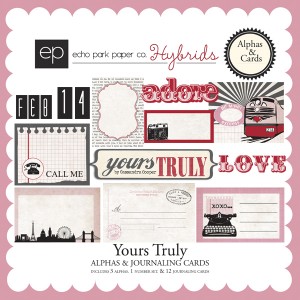 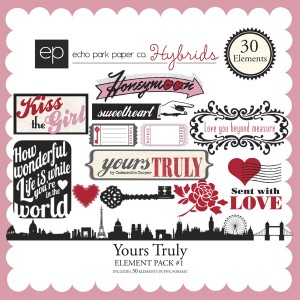 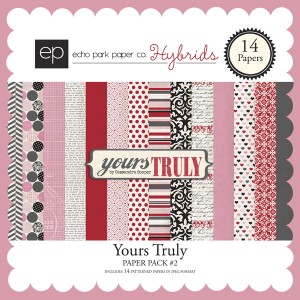 To begin with, I simply played in Photoshop with the papers and journaling cards from the two digital kits, to become accustomed to the various elements. As soon as I began to consider card size, I realized that my computer printer, like most personal printers, prints with a small border around the edge. Therefore, I’d be unable to print two 4 ¼” x 5 ½” cards on letter-size cardstock.

There are several options: 1. Print a slightly smaller card front and adhere it to a cardstock base, in which case you could print four card fronts on a letter-size paper; 2. Create a card that’s slightly smaller in size, in which case you could print two card fronts and backs on a letter-size paper; 3. Create a 4 ¼” x 5 ½” by running the card in the opposite direction of its orientation. I chose to do the latter because I was interested in exploring the benefits of hybrid card making.

Once I was ready to take some of my ideas to the next step, I created a template in Photoshop for a portrait card (longer vertically) and one for a landscape card (longer horizontally). 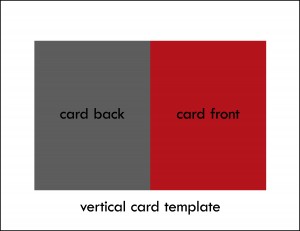 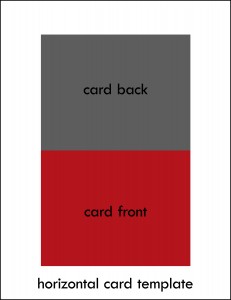 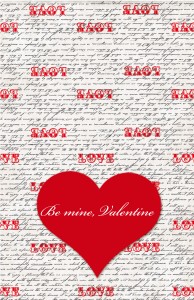 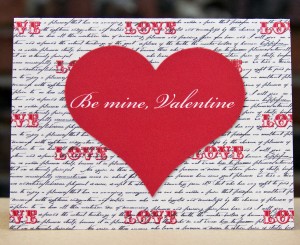 For my first design, I enlarged a heart element with patterned paper, and added a custom sentiment. I applied a drop shadow to the heart to give it the appearance of being adhered to the paper. Since I was working digitally, I could scale the paper as I wanted, and was able to run the pattern the opposite direction for the backside, something not possible without a seam using traditional supplies. 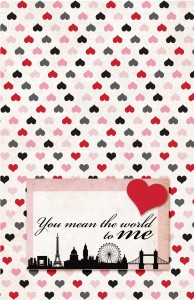 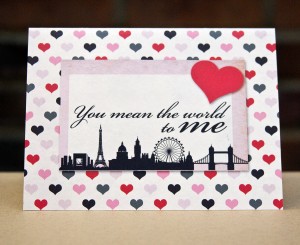 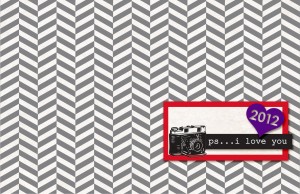 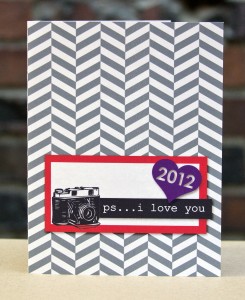 For the third card, I used a journaling card, a sentiment element, a heart element, and patterned paper. I scaled the paper so that the vertical stripes of the paper lined up with the card edges. Additionally, I changed the saturation of the journaling card and the color of the heart. Finally, I added a custom date to the heart and “knocked out” the text. 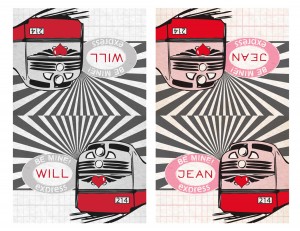 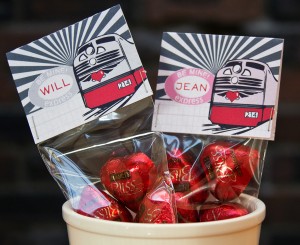 Especially when my sons were younger, I assembled a fair number of treat bags for them to share with classmates. Using one of the elements in the journaling card set, I designed a topper for a 2 ½” wide treat bag. By changing the saturation of the card, which contained shades of pink, and then recoloring parts of it, I designed personalized treat bag toppers suitable for boys and girls.

Unless you’re comfortable cutting out your cards and other projects with scissors, (the perfectionist in me requires more precision), you’ll minimally need a paper cutter, or a mat knife and cutting mat. A bone folder is also a nice addition for scoring and making crisp folds in your cardstock. You’ll also want to use a cardstock that runs easily through your computer printer.

The number of options available with the three kits I chose weren’t quite limitless, but were certainly abundant; the designs I’ve shown barely scratch the surface. Alternatively, I could have chosen to print elements and journaling cards out separately from the card base, cutting them out and adhering them to the paper, which would more closely mimic traditional card making.

Pros and Cons of Hybrid Cards

Hybrid card making has many advantages including:

There are a few disadvantages to making cards with digital elements, but for the making of a few cards, the advantages far outweigh the disadvantages: 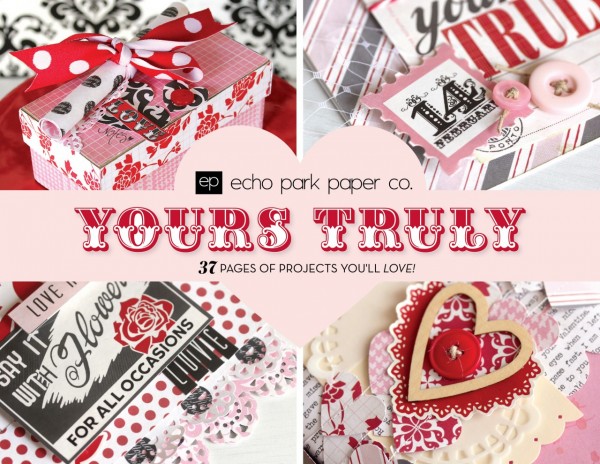 To enter the giveaway, share with us in the comments one simple way to do something special for a loved one on Valentine’s Day by 11:59 pm on Friday, January 27.

The giveaway has closed. Congrats to ava-j for being randomly selected as the winner!