How to Switch from Mac to PC 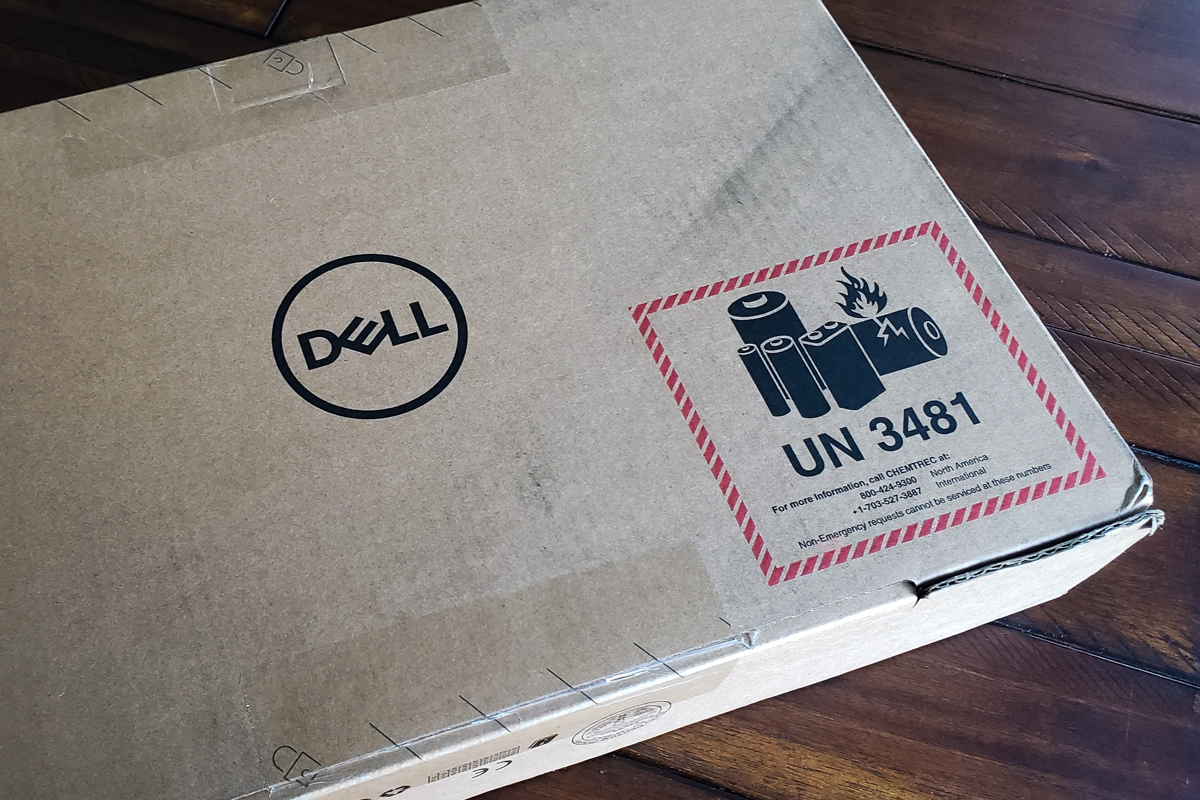 I have had three MacBook Airs, two 13″ and one 11″, and two 14″ MacBooks. I am used to small, but the new infinity-edge display on the XPS 13 makes the footprint of this machine downright tiny.

It’s adorable and a delightfully-light 2.7 pounds. 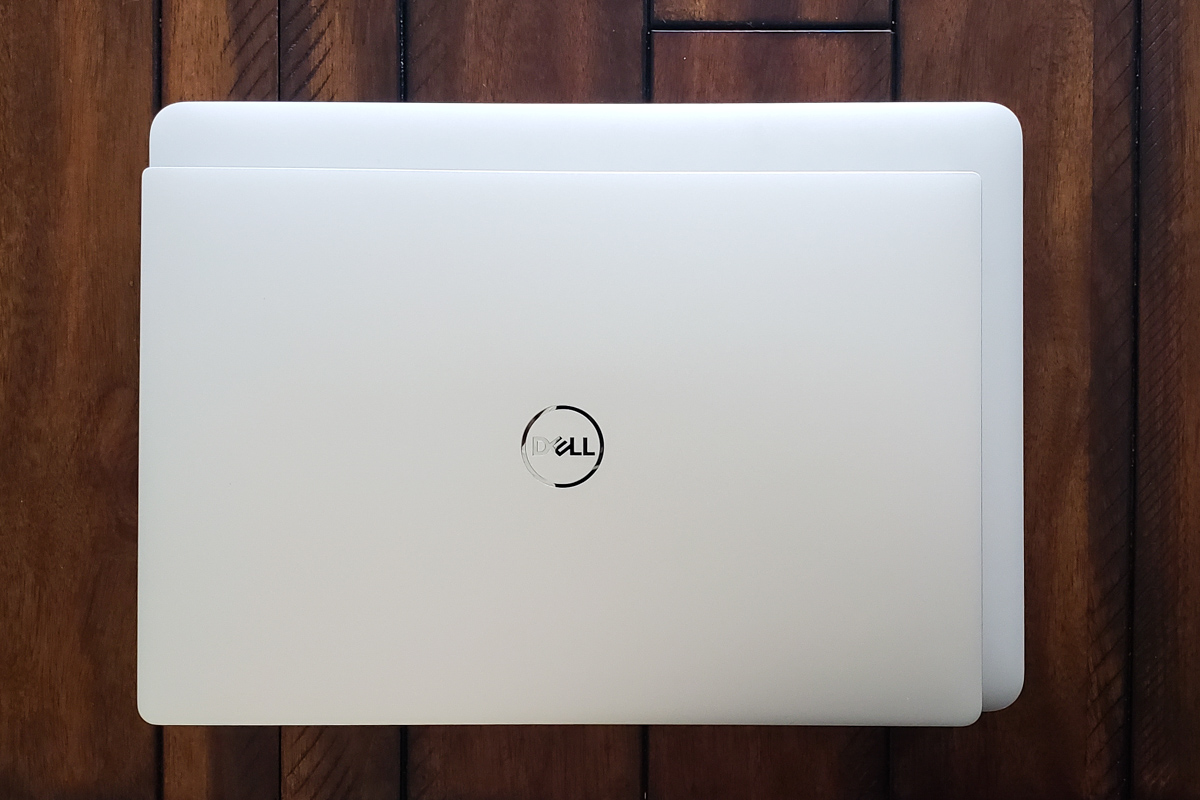 I didn’t plan on getting a Dell, let alone a PC, but am excited to have ended up here.

* I started writing this post on June 26, 2019 to document my experience switching from a Mac to a PC.

Why I Switched from Mac to PC

At the beginning of June my 2014 MacBook Air overheated and crashed in the middle of a Zoom event. Thankfully it was towards the end, but I lost the recording.

I knew I was putting a lot of strain on her poor little “heart” with all the live video I do, but this was a surprise. I had trouble getting it going again that night, which happened to be right before leaving town, but hoped it was a fluke.

At first I didn’t even consider getting anything but a Mac. I have been using Apple computers for 15 years and was certainly part of a somewhat holier-than-thou club of evangelists. Apple will likely always win the aesthetic war.

But when it comes to what’s under the hood, I no longer believe that an Apple computer is worth the price. Now, there’s still a possibility I will eat my words, but based on the information at hand, switching to PC was a sensible choice. 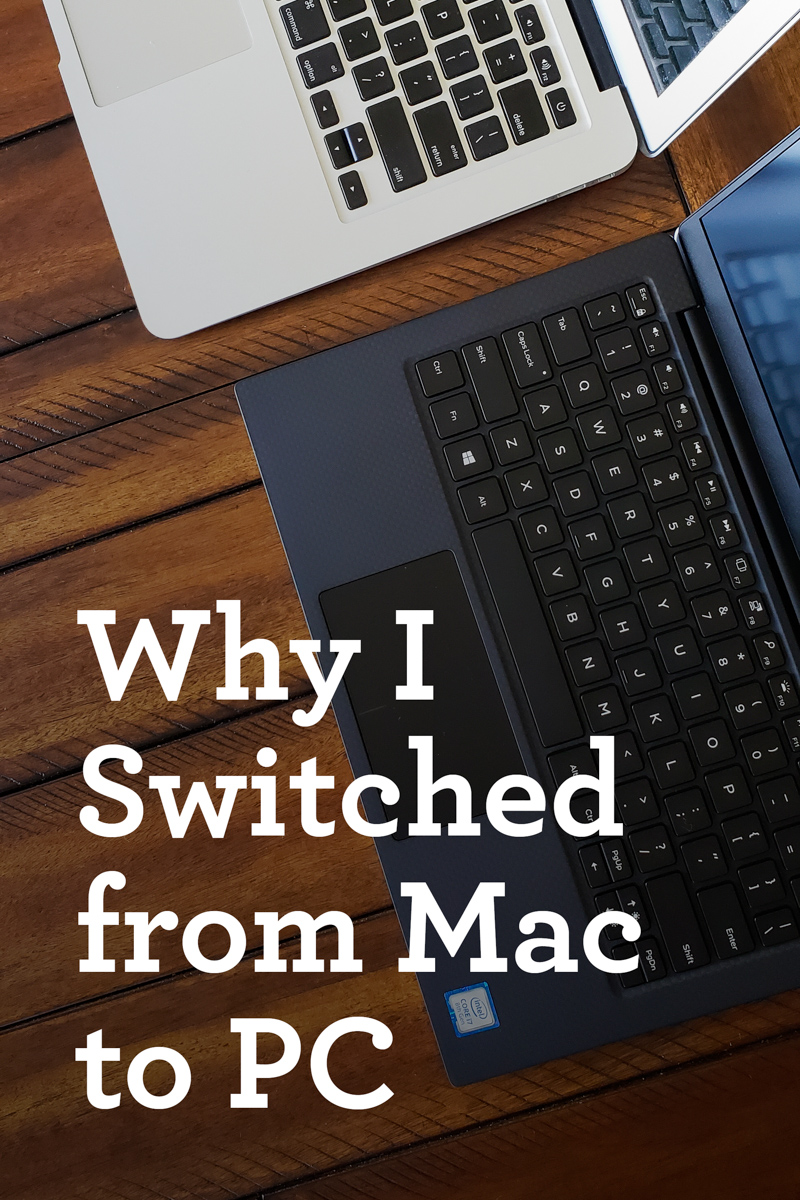 I read a ton of reviews and the newest Dell XPS 13 kept leading the pack. Since I’m from Texas the only PCs I’ve ever had have been Dell, but as I mentioned, it’s been a very long time! I was nervous about this big of a decision.

Then, I started tallying up the costs of what I was looking for:

That’s where the sticker shock really set in. A MacBook Pro with those specs was $1000 more than the Dell. I just couldn’t justify that kind of difference, nor was I willing to sacrifice my specs so significantly to stay closer to my budget.

But in the end, it wasn’t just about the price. My research indicated that the Dell XPS 13 was simply a standout performer and the huge savings was just a cherry on top.

Questions about Switching from Mac to PC

I definitely invested time in researching this change, considering how the software and peripheral devices I use could be impacted. I also asked for input from my Facebook friends, several of which echoed being in a similar boat. After my new machine arrived, I also asked the Simple Scrapper Instagram community to share any questions they had.

Are you concerned about security? Won’t you be vulnerable to viruses?
I definitely had this concern but my friend Melissa Shanhun of Digital Scrapbooking HQ assured me that “PCs have built-in security and virus protection with Windows Defender. They are just as secure as Macs today.”

Did you have to repurchase any software licenses? Did you have any Mac-only software?
With the exception of the Mac-only video editing software I used (Screenflow), all of my existing licenses transferred to the PC.

How will this change your scrapbooking?
In short, it won’t. With the exception of video editing (more on that below), I’m using the same software to do the same things. If there was going to be big change in how I fundamentally operate, I likely would not have considered the switch.

Are the file organization systems different?
From the standpoint of storing files in folders, no. But, I didn’t think about the visual organization differences until receiving so many comments from PC fans on Instagram. The Windows File Explorer is visually hierarchical. In Apple’s operating system it’s harder to see how folders are nested with the Finder. Here’s a visual.

How are you getting the metadata from your photos from Mac to PC?
The answer to this question can be quite complicated, depending on how you manage your photos and add metadata to them. Not every solution automatically embeds keywords etc. For me the switch was easy because I was just telling a new Lightroom installation where to find my photo files.

Will you need to learn new keyboard shortcuts?
Well, the only shortcuts I knew were Cmd+C and Cmd+V. That said, I do keep trying to press Alt+C and Alt+V instead of Ctrl+C and Ctrl+V.

Steps for Switching from Mac to PC

There’s not going to be one universal switching process that works for everyone, but hopefully my experience will offer an outline and questions to consider. 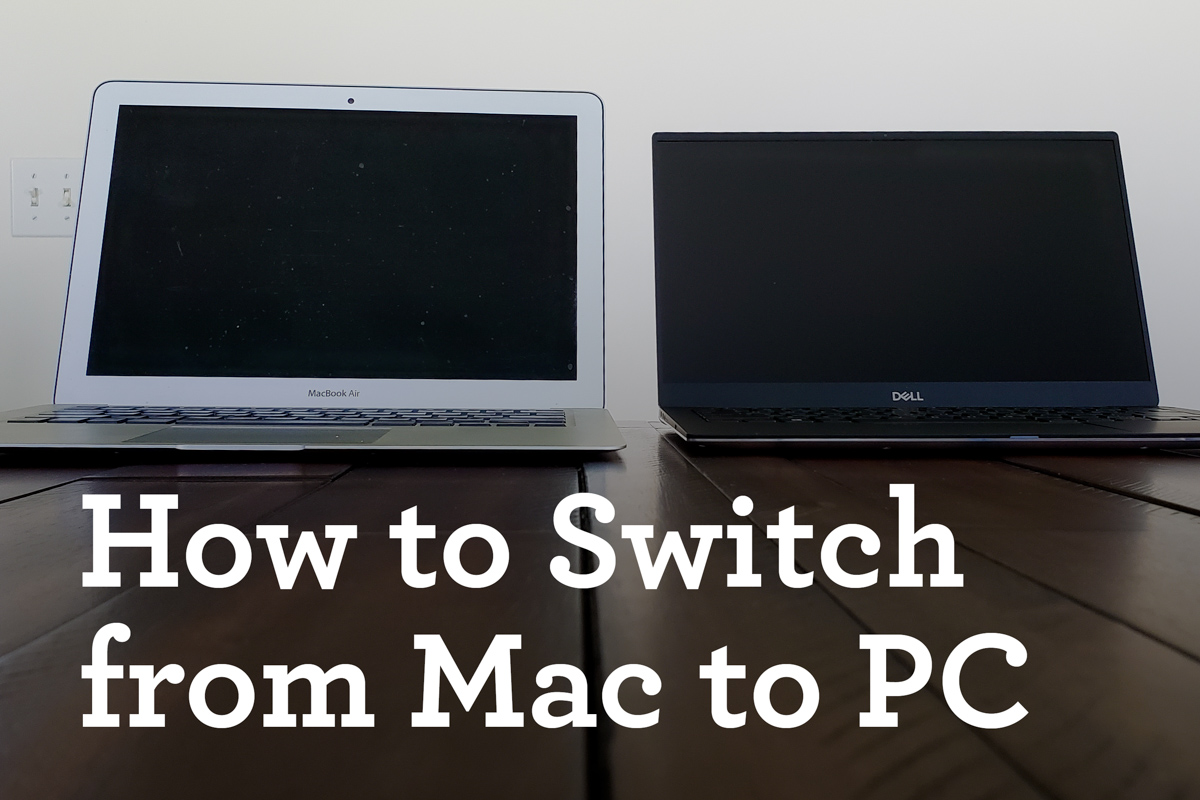 Basic Setup
Getting started was easy. I love how electronics these days all come with the same instructions:

You look in the manual for more, but that’s really it. We’re in an age where everyone expects things to work right out of the box. And for the most part, they do.

The automated setup progress, narrated by Cortana, took less than 10 minutes. The only issue I encountered was verbally replying to Cortana; she didn’t respond when I said ‘Yes.’ But, it could have been user error.

I landed in a familiar environment and was off to the proverbial races.

Software also doesn’t cause nearly the headaches as it did even a decade ago. I was able to install the basics within an afternoon with no trouble at all.

Microsoft Office came pre-installed and I have a license through my job at the University of Illinois, but I predominantly use Google Docs. In fact, this blog post is being written in Google Keep, which has become my favorite universal notepad.

The one thing I’m not sure of at the moment is screen capture and video editing. I’m trying to decide whether to buy PowerDirector or Camtasia to replace ScreenFlow.

2. Transfer and Back Up Files

When my MacBook Air overheated and crashed on me, I didn’t freak out. While I wasn’t excited about a big purchase, I knew that my files were safe. All of my files live on a 4 TB external hard drive (EHD). That drive is backed up by Backblaze as well as by Time Machine. The only hiccup is that my drives were all formatted for Mac.

Here’s the steps I needed to take:

On the MacBook Air…

Because I was copying files from EHD to EHD, it took about 1 hour per 100 GB of data. And since I had to do it in batches and all of it twice, there was much patience involved in the process.

Tip: If you get a new EHD, format it as exFAT right away so that it is compatible with either Mac or PC.

* If you are moving between machines but not between platforms, you can use Backblaze’s “Inherit Backup State” feature to avoid having to generate a new backup. As of this writing I have 40% of my new initial backup remaining.

I use my computer in my office about 80% of the time during the school year and 50% of the time in the summer. We also travel enough that portability is a factor. (I edit a lot of podcast episodes in the car!) Thankfully today’s “ultrabooks” pack a lot of power into a tiny package.

This also means I have contingent of peripheral devices to connect to my laptop. My previous dock didn’t offer any Windows drivers, so I purchased a CableMatters Thunderbolt 3 dock to hook up:

I chose this well-rated Thunderbolt 3 dock because I knew I would be utilizing every connection. It worked perfectly upon plugging everything in and also has an SD card reader for transferring my DSLR photos. I labeled every connection in the photo below. 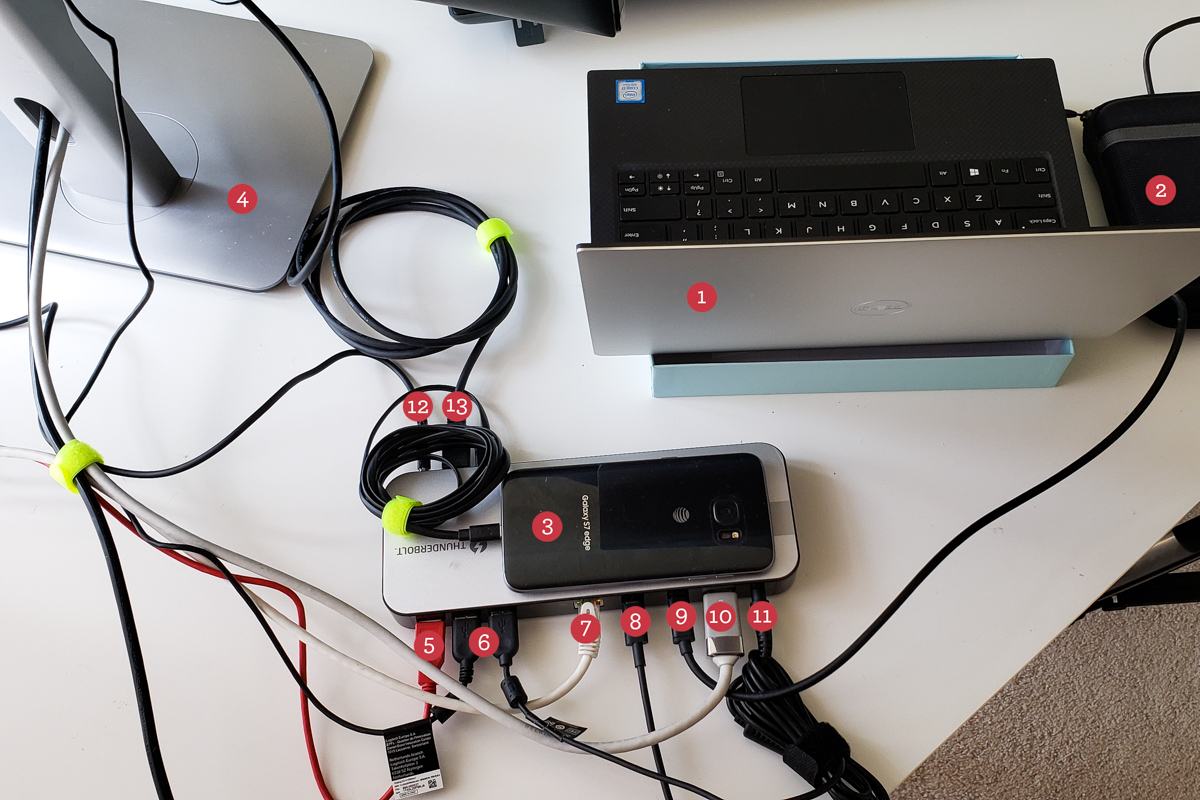 I also purchased a Logitech wireless keyboard and mouse as well as a replacement cable (USB micro-B to USB-C) for my 4 TB EHD so that it can be directly connected to the laptop and a new cushioned case for travel. Here’s the pretty view of what my office looks like now:

Issues Switching from Mac to PC

Overall the process has been straightforward, though a little time-consuming. If I had ordered the MacBook Pro, the switch would have just taken the day.

I’ve continued to find little things I needed to address, like making sure I have certain fonts installed, and experienced somewhat of a learning curve with Windows 10. Coincidentally, my university machine was upgraded to Windows 10 the same week.

I can’t say I have faced any big surprises, but I did work through a significant frustration. My audio setup for podcasting didn’t work properly on the first try. After several hours of troubleshooting I discovered I needed to install a driver, precipitating the only “What did I get myself into?” moment thus far. Fellow Mac users will understand that, by and large, we don’t need drivers.

This was the right purchase for me and it’s awesome that there is so much cross-platform compatibility today. If you’re a die-hard Mac fanatic, then please carry on. If you don’t have a ton of allegiance to the Apple ecosystem, I do think it’s worth considering a PC in 2019.

If you have any questions, I’m happy to answer in the comments!