Three Years of December Daily in One 4×6 Album 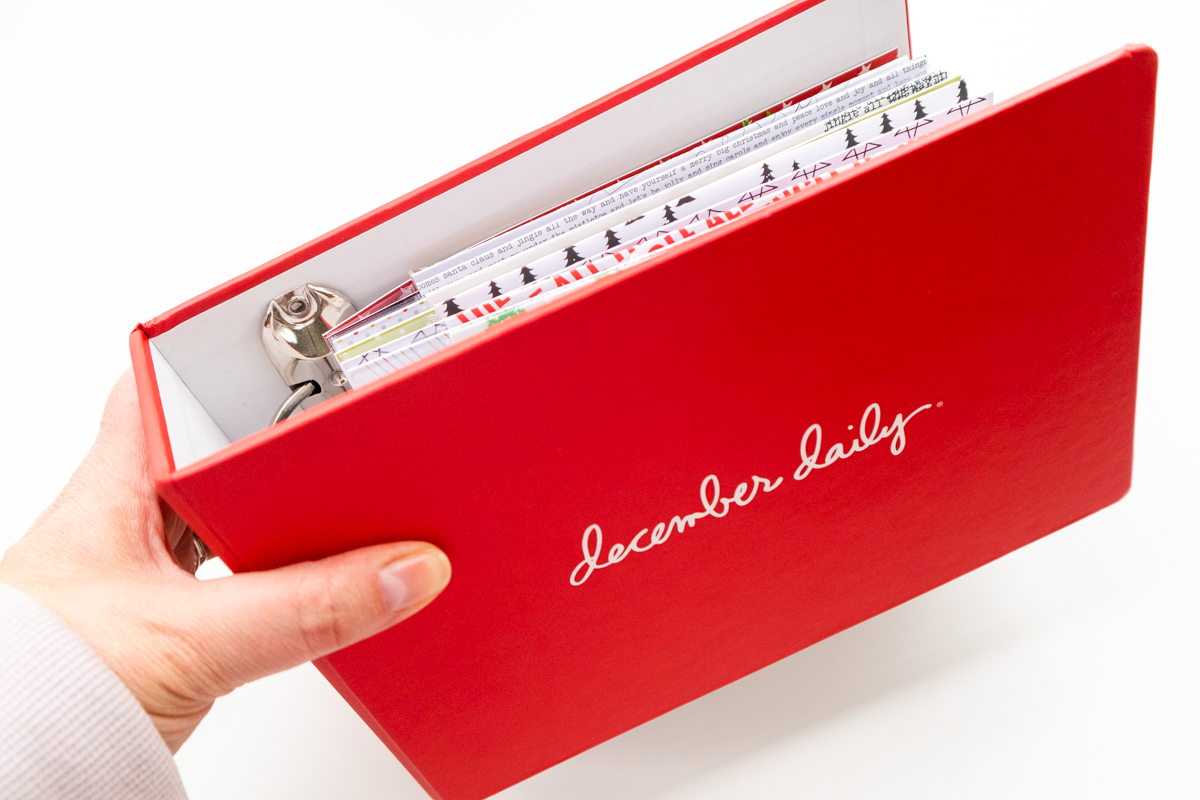 This has been the year of thinking way too much about December Daily for me. I almost decided my time with this project was completely up, but a number of factors brought me back.

We’ll get to that later.

The project I’m about to share sprung from visiting my Creative Hub in Trello almost every week. My list of unfinished projects seemed to keep getting bigger and I knew it was time to make a significant change.

I did. And it worked!

But first, let’s go back.

2013 was a minimalist Project Life mini album. Looking back I wish I had done more, but it made sense at the time and it was finished.

In the photo below my 2014, 2015, and 2016 projects are represented by the small mint album, the white 2015 album, and the red album. None of those were anywhere near completed and are thus, the subject of this post. But first, let’s finish the context review.

The reality of the two big gaps in finished projects was stark.

Despite suggestions to work on my most recent memories first, I figured my best chance of letting go was to go back.

I pulled out everything I had saved for 2014, 2015, and 2016. The mint album for 2014 totally empty and just a placeholder. My original plan had been to do a few pocket pages in my annual album for that year, but I never did.

2015 had an album and a kit. I had made a few pages prior to December that year and then nothing. 2016 was basically a repeat of the previous year, but I don’t think anything ever got adhered.

Because there was so little completed, it wasn’t hard to effectively start from scratch using a dramatic course correction.

The created rails for this project in two specific ways. First, I created a foundation with three simple page designs:

Second, I used the date to constrain how I looked at photos. Instead of choosing the top 25 stories or images over the three years, I looked at each day of the month.

I also worked in batches, first setting up the foundation and then completing the full series of each page design to leverage the repetition.

Creating a foundation plan and repeating the page designs helped to maximize the use of product from my stash. It also limited much of the creative decision making to this initial phase of the project.

Not only am I proud to have this completed, I love how it turned out.

These days I’m noticing a trend towards complication and fussiness when it comes to these smaller-scale page designs. I don’t have a problem with a splash of creativity, but I also don’t want it to get in the way of finishing. There needs to be a balance.

Here’s a full photographic tour of my completed 2014-2016 December Daily album. You can also see a walk-through video on my IGTV.

My Plan for This Year

As I mentioned, my intensive study of success and failure in December Daily first led me to consider letting go of this project. However, there are a few facts I know to be true and significant:

And so, I bought all the things. Not literally, but I did make a more significant investment than ever before. I’m embracing creative play and the necessity of routine. I’m letting go of my past and starting fresh from here.

It’s more than a plan. It’s also a set of values about projects in general and this project in particular. The more I invest in my joy with intentional choices and actions, the more joy I experience in each and every day.